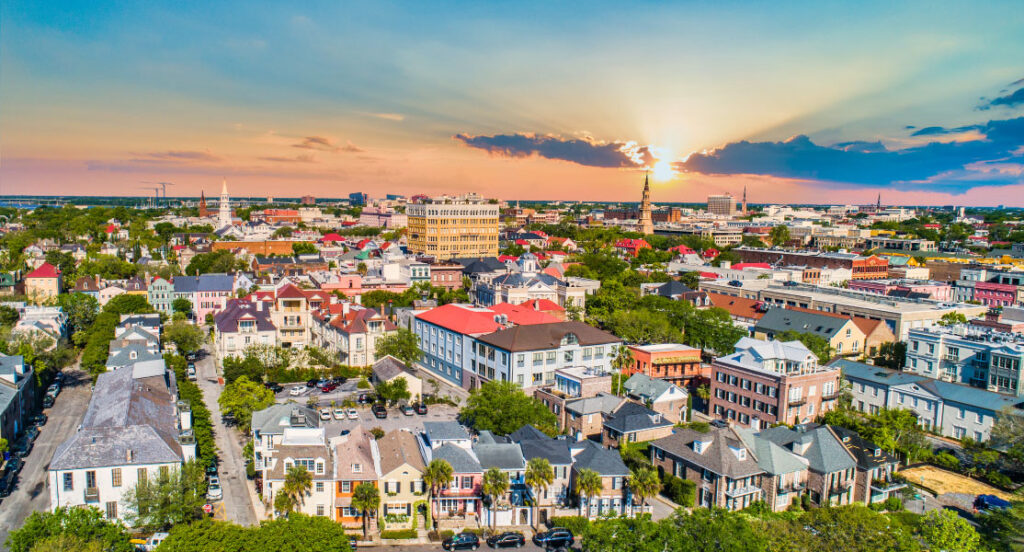 Charleston is one of the oldest and most historic cities in the United States. It is a popular tourist destination, with plenty of things to see and do. Explore Charleston for its historic sites during the day and then later enjoy its vibrant nightlife.

The Location of Charleston

Located in the southeastern United States, in the state of South Carolina, is the city of Charleston. It is situated on a peninsula, surrounded by the Ashley and Cooper rivers.

It is a popular tourist location and one not difficult to travel to with its transport system.

If you like the warm weather, then Charleston can promise a lot of that. Always take note of the time of year when traveling, though, not to be disappointed. It, however, makes no sense to opt for colder than where you are already unless you are perhaps into skiing or snowboarding.

What to Do in Charleston

There are plenty of activities and attractions to keep visitors entertained in Charleston. Some of the most popular things to do include exploring the city’s many historic sites, such as Charleston’s Oldest House and Fort Sumter, or taking a walk through one of Charleston’s many parks. Charleston is also home to several museums, art galleries, and restaurants.

Anywhere we visit we will appreciate plenty of attractions to see. They are what makes a place interesting. They can be historical, and so educational, but also have that element of fun and curious exploration attached to them. Most people like variety and Charleston can offer that in its many attractions.

Charleston is known for its lively nightlife. The city has several bars and clubs, as well as live music venues.

The city is also home to the Charleston Wine and Food Festival, which is one of the largest wine festivals in the United States. It is worth timing your visit with this and booking a luxury hotel to stay in as well. We can sample the wine in the hotel restaurant or at the festival. If we like wine then we will particularly enjoy this time of year in Charleston.

Many hotels will offer evening and nighttime entertainment and this is something to be enjoyed by guests and taken advantage of. It can be good to stay in the hotel and get to know the guests before venturing out and meeting the locals at a later hour. The hospitality inside the hotel is just as good at night as it is in the daytime, plus you have the added atmosphere and ambiance of it being the time when everyone relaxes and enjoys themselves that bit more.

The History of Charleston

The city was founded in 1670, and its historic downtown area is home to many buildings from the 18th and 19th centuries. Charleston is known for its role in the American Civil War, as well as its involvement in the slave trade.