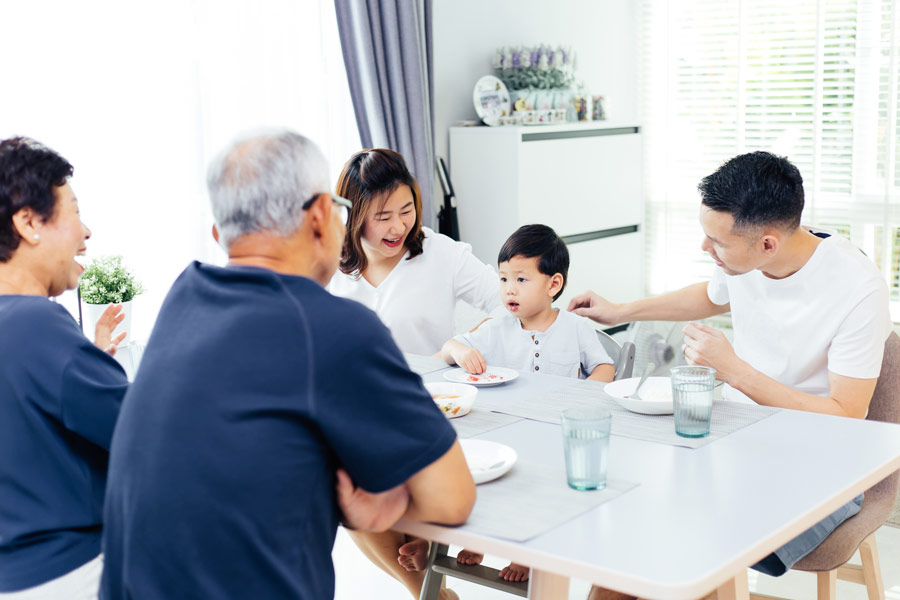 More than perhaps any other culture, the history of the Chinese cannot be told without including its history with food. Food plays an important role in Chinese families and traditions.

It’s not just about what you eat, but how you eat it. Today we’ll talk about the relationship between family and food in Chinese culture.

Togetherness: This is what forms the basis of food in Chinese culture, dating all the way back to Confucianism philosophy, according to Yum China. Food was meant not just as sustenance, but as a way of bonding with friends and family.

Time to eat means time to socialize: For the Chinese, the art of cooking while enjoying life takes primary importance. Whenever there is a gathering or party, lots of food is presented to be enjoyed by all. In fact, Confucianism teaches that food and friends are inseparable.

In China, how cultures consume their food is equally as important to what they consume. In Chinese food culture, family plays a key role.

While most tables in Chinese households are round, there is always a designated place of honor reserved — either for the head of the household or for the most esteemed guest at a gathering. These people will sit in the chair facing the entrance to the dining area.

The next members of importance will sit to the left and to the right of the head of the family, continuing this system of hierarchy around the table, resulting in the youngest family member seated directly across from the oldest.

All diners, no matter where seated, begin the meal with the dishes closest to them. They add some of the food from the bowl to their plate using chopsticks, then pass the bowl to the next person.

It is considered rude to root around in a bowl with chopsticks looking for the best piece of meat or fish. Formal banquets and dinners may have as many as 16 dishes on the table. There is usually a cold dish, a hot dish, soups and staples such as rice or noodles, and a main dish of chicken, suckling pig or fish.

Additionally, everyone toasts at a Chinese table, saying “Gan Bei” while they raise their glass of wine or liquor. Drinking the entire glass shows your guests you are sincere and thankful for their efforts.

Food is the Glue That Holds Family Together

Sharing food is often a sign of love and sacrifice. China Daily points out an interesting take, saying that food is the glue that holds the social fabric of the Chinese together, acting as a strong symbol of community and culture.

It’s not uncommon while eating for diners to place little morsels of food on one another’s plate as an expression of affection, love and caring. In families where parents find it difficult to show their love for their children, for example, these expressions of affection are key signals.

While many food traditions in China have relaxed over the years, there are still some strong reminders of the connection between Chinese culture, food and family.